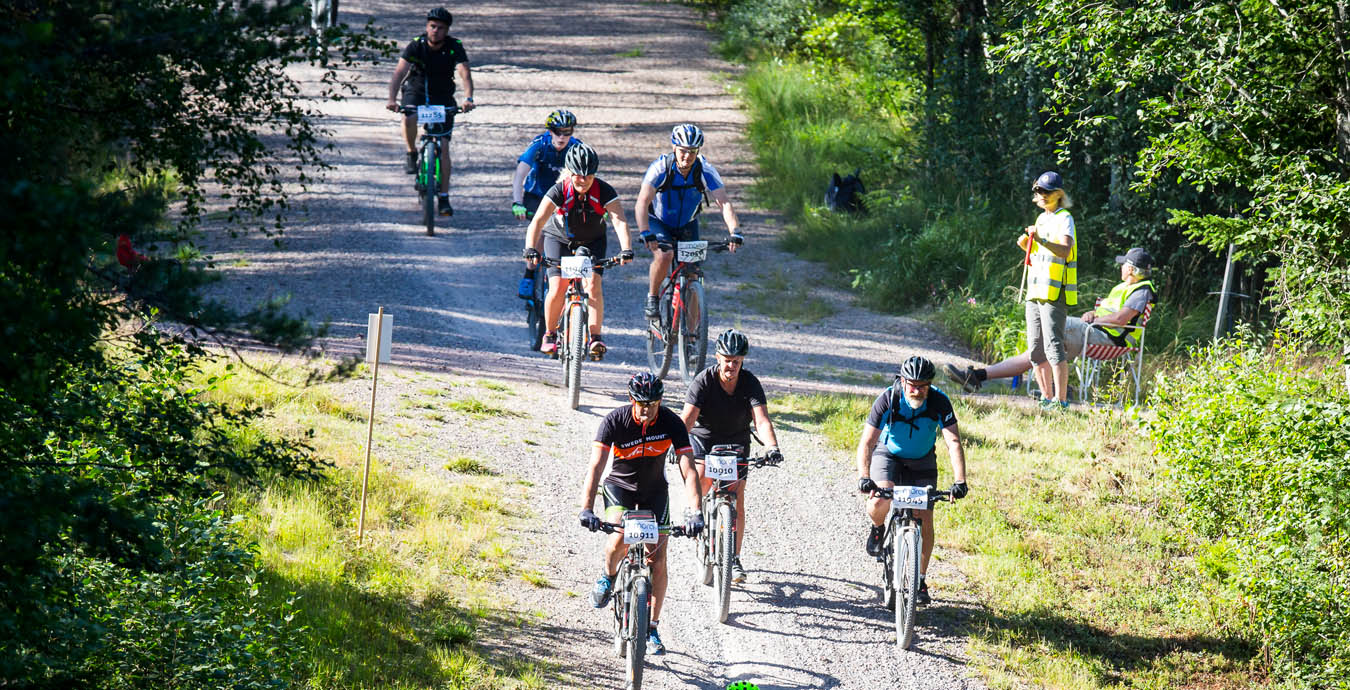 With three months to go there are already over 20,000 cyclists registered for Cykelvasan during the tenth annual Vasaloppet Summer Week in 2018! Even though the main race, Cykelvasan 90, is fully booked, there are still many start places available for those who wish to bike a Cykelvasan race out in the beautiful nature of the Vasaloppet Arena.

Vasaloppet, which started in 1922, is the world’s biggest cross-country ski race. Since 2009 it’s been possible to mountain bike the same stretch in Cykelvasan, and since 2014 you can also run the whole distance in Ultravasan. This means that 2018 is the tenth anniversary of Cykelvasan and the fifth anniversary of Ultravasan.

The term ”Vasaloppet Summer Week” was coined in 2009 and, just like during the winter, Vasaloppet offers ten different summer races to choose from in the Summer Week 2018. First and biggest is Cykelvasan, arranged this year during three days, August 10–12. Right now there are 20,000 participants registered:
– The Cykelvasan weekend starts with Cykelvasan Öppet Spår from Sälen to Mora on Friday. 4,754 participants are registered right now and the maximum number is 6,000.
– Cykelvasan 90, the main race, runs on Saturday with both a competition and leisure class. The race was fully booked this March with 13,000 registered participants.
– New for this year, the shorter races Cykelvasan 30, Cykelvasan 45 and Ungdomscykelvasan have been moved to Sunday. These three races all start in Oxberg.

FACTS/ Cykelvasan history, year by year:
2009: The first ever Cykelvasan 30, Cykelvasan 45 and Cykelvasan 90. The terms ”Vasaloppet Winter Week” and ”Vasaloppet Summer Week” are coined. Cykelvasan immediately becomes Sweden’s biggest mountain bike race.
2010: Cykelvasasprinten ran for the first time in Lindvallen. Barnens Vasalopp on bike (originally called Barnens Cykelvasa) for young children has also been arranged since 2010.
2011: The start in Sälen moves from Tjärnhedens IP to the Vasaloppet start in Berga by.
2012: Ungdomscykelvasan starts, a competition for youths aged 11–16 (run on the same course as Cykelvasan 30).
2015: Cykelvasan Öppet Spår is introduced, based on the winter version of Öppet Spår.
2018: Cykelvasan is arranged for the tenth year in a row.

FACTS/ Seeding races make a big difference:
Regardless of what your Cykelvasan goal is, it’s important to be in the right start group. Biking with other cyclists who keep an even pace reduces the risk of problems, and everyone can help maintain the flow and speed. The best way to train for Cykelvasan 90 is to participate in a seeding race, both for training and safety. That way you’ll know that you’re starting in the right group on the day of the competition, with cyclists going at a similar pace.  We will update our list of seeding races continuously and add them to our calendar at vasaloppet.se.
Read more about seeding

Upcoming events in the Vasaloppet Arena: