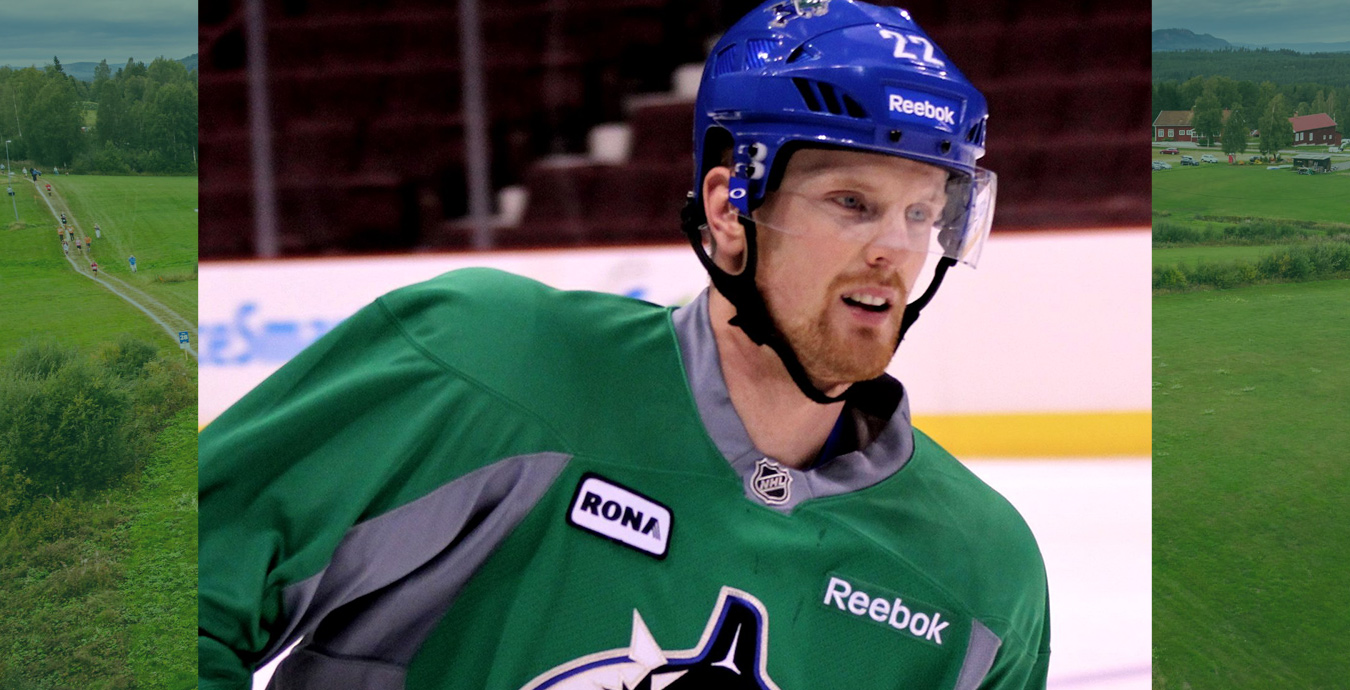 With just under a month and a half left until Ultravasan 90 on August 20, a new registration record has been set this year. In recent days, the race has reached 1,500 registered participants. These are the runners going all the way from Sälen to Mora.
"I have always liked challenges and this really feels like one," says former NHL ice hockey pro Daniel Sedin.

At present, about 750 participants are registered for Ultravasan 45. Trailvasan 30 and Trailvasan 10, premiering on location this year, are also seeing great interest. Never before have there been this many individual runners in the Vasaloppet Arena! In addition, over 200 teams are registered for the 30th anniversary Vasastafetten.

One of those registered for Ultravasan 90 is Olympic and World Cup gold medallist and former NHL ice hockey star Daniel Sedin. When he and his twin brother Henrik ended their careers after 17 seasons in the Vancouver Canucks in 2018, they started running various races back home in Vancouver, including the Vancouver Marathon in May 2019. In October 2019, Daniel Sedin attracted attention when he ran the Amsterdam Marathon in 2.57.36, that is, ”sub-3” – under three hours.

The Vasaloppet Arena is not a new acquaintance for Daniel Sedin, however. Together with his brothers, he has completed Cykelvasan several times. With Henrik, he has also run several trail races in the Vancouver mountains. So running is the focus right now. Henrik isn’t registered but big brother Peter will also participate in Ultravasan 90. In addition, Daniel’s wife Mariette is registered for the new race Trailvasan 10.

Daniel Sedin, you will soon have gone from hockey player to ultrarunner; how did this journey go? When and why did you start running long distances?
”I have always enjoyed running, even as a summer workout when I played ice hockey. As a youth I played football so my running probably comes from that too. When my hockey career was about to finish, Henrik and I talked about how fun it would be to run a marathon in under three hours. Since putting the skates on the shelf, we have both run almost daily.”

And there have been several marathons, with really good times; when did the idea of running Ultravasan 90 come up?
”We have always liked challenges and Ultravasan 90 really feels like one. The thought of registering came up during the spring when I injured myself and could basically only run slowly, which meant long but slow sessions. And Ultravasan 90 came to mind, given that it will be a long, slow race.”

How have you been training for Ultravasan 90? Do you have a particular goal and how do you prepare mentally?
”The training will mostly be about getting used to the long distance, which is something I have great respect for. My primary goal will probably be to reach the finish line but I always have a time goal too; I’ll set it once we’re a bit closer to the race.”

You’re running with your older brother Peter, any input from Henrik?
”We are four brothers who like to train. This time it’s just Peter and I but we’ve all biked Cykelvasan a number of times. Henrik wanted to run too but he has to go back to Vancouver the week before the race so he’ll have to try next year instead.”

Both you and your family have participated in various exercise races over the years, cycling and running; what is it about exercise races that appeal to you?
”I like to stay in motion and there’s something special about registering for a competition and getting a specific goal to aim for.”

Any advice for those eager to run long distances but who haven’t gotten properly started yet?
”Take it step by step, maybe start with shorter distances and expand over time. And sign up for different races, preferably with family or friends; it makes the whole experience so much more fun!”

Finally: you’ve completed Vasaloppet by bike and you’re taking it on by foot – will we see you ski from Sälen to Mora?
”The only one in our family who has skied Vasaloppet is my oldest brother Stefan and he’s probably the most all-round when it comes to training. We’ll see if I end up on the start line with skis, time will tell.”