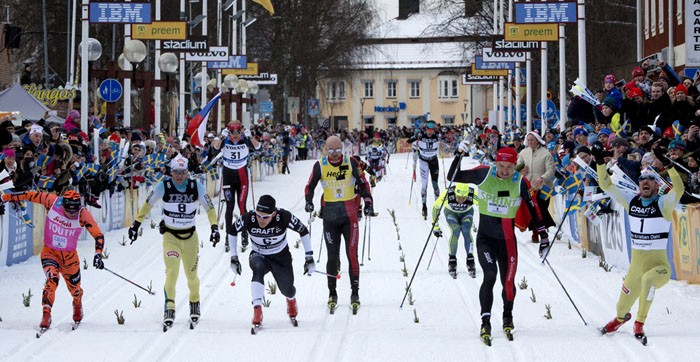 The season kicks off in Austria with the Bad Gastein Pro Team Tempo on Saturday, December 10, followed the next day by the Bad Gastein Criterium, and ends in Northern Norway with the 65km Ski Classics Finale Summit 2 Senja, on April 2. In total, the Tour covers 810 racing kilometers.

After the holiday break, the Tour returns with another two Pro Tour events weekend in Italy, with Pustertaler Ski Marathon on Saturday, January 14, and Prato Piazza Mountain Challenge, voted the best event in Season XII, on Sunday, January 15.

The following weekend, it’s time for a stop in Switzerland for Engadin La Diagonela on Saturday, January 21, with a 55km long race. Then, back to Italy for the first Grand Classics event of the season, Marcialonga, taking place on Sunday, January 29, ending the Alp segment of the circuit.

The Pro Tour takes two weekends off before continuing northeast to the second Grand Classics event, Jizerská50, on Sunday, February 12, with the Czech stage being the Central/Eastern European segment before heading to Scandinavia.

Next up is another back-to-back weekend, now in Orsa Grönklitt, Sweden, with Grönklitt Criterium on Saturday, February 18, and Grönklitt ITT on Sunday, February 19. The Individual Time Trial is organized as an individual start competition, and the Pro Tour athletes will face a challenging 15km race.

More details about the Pro Tour events will be released closer to the season.

More info about the Ski Classics Pro Tour you can find at skiclassics.com.