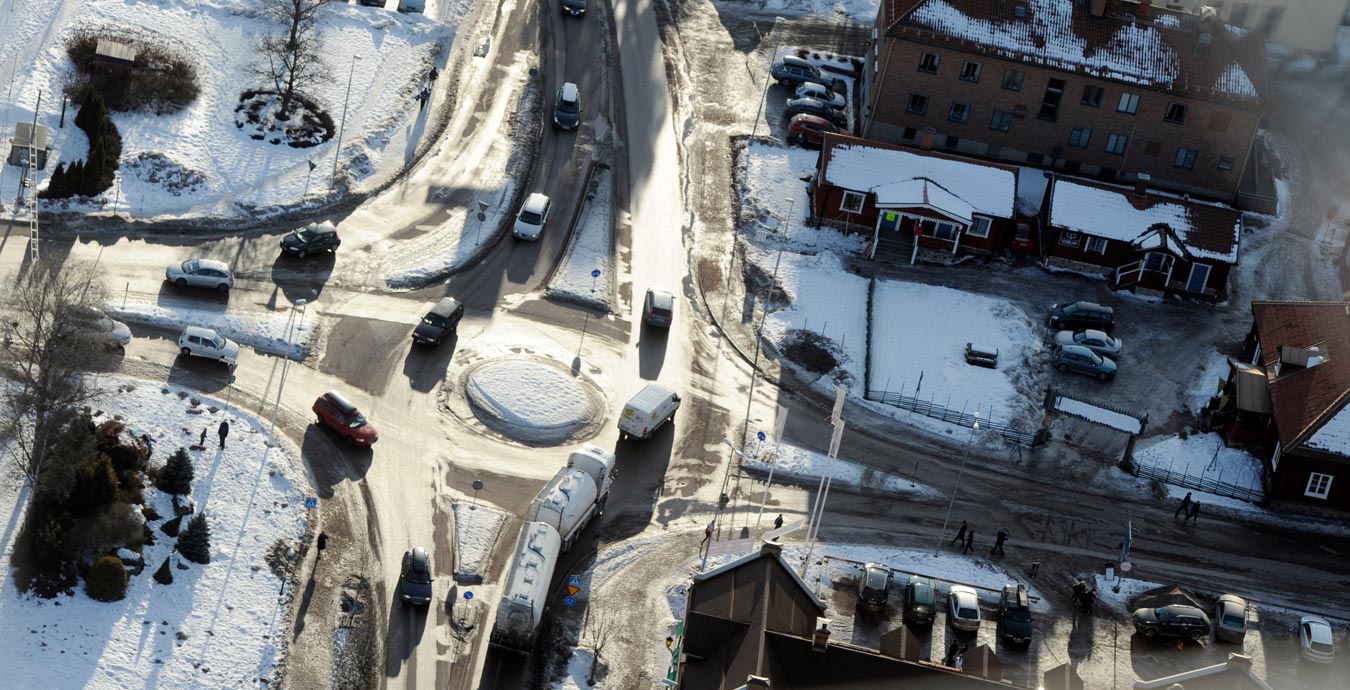 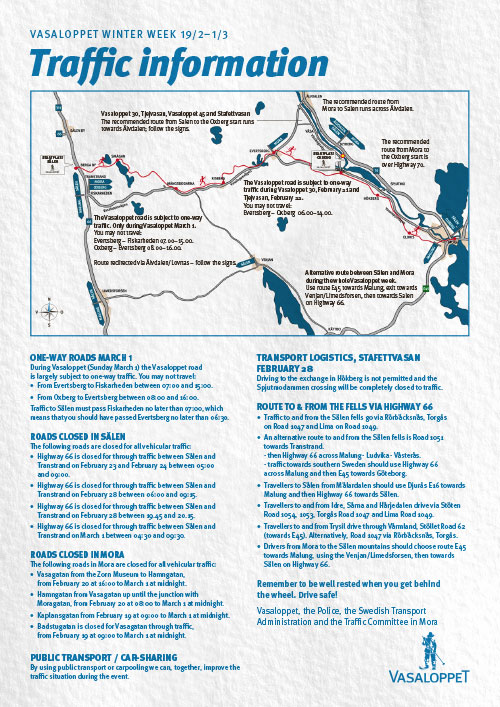 During Vasaloppet (Sunday March 1) the Vasaloppet road is largely subject to one-way traffic.
You may not travel:

The following roads are closed for all vehicular traffic:

The following roads in Mora are closed for all vehicular traffic:

By using public transport or carpooling we can, together, improve the traffic situation during the event.

Driving to the exchange in Hökberg is not permitted and the Spjutmodammen crossing will be completely closed to traffic.

Route to and from the fells via highway 66

Remember to be well rested when you get behind the wheel. Drive safe!

Vasaloppet, the Police, the Swedish Transport Administration and the Traffic Committee in Mora