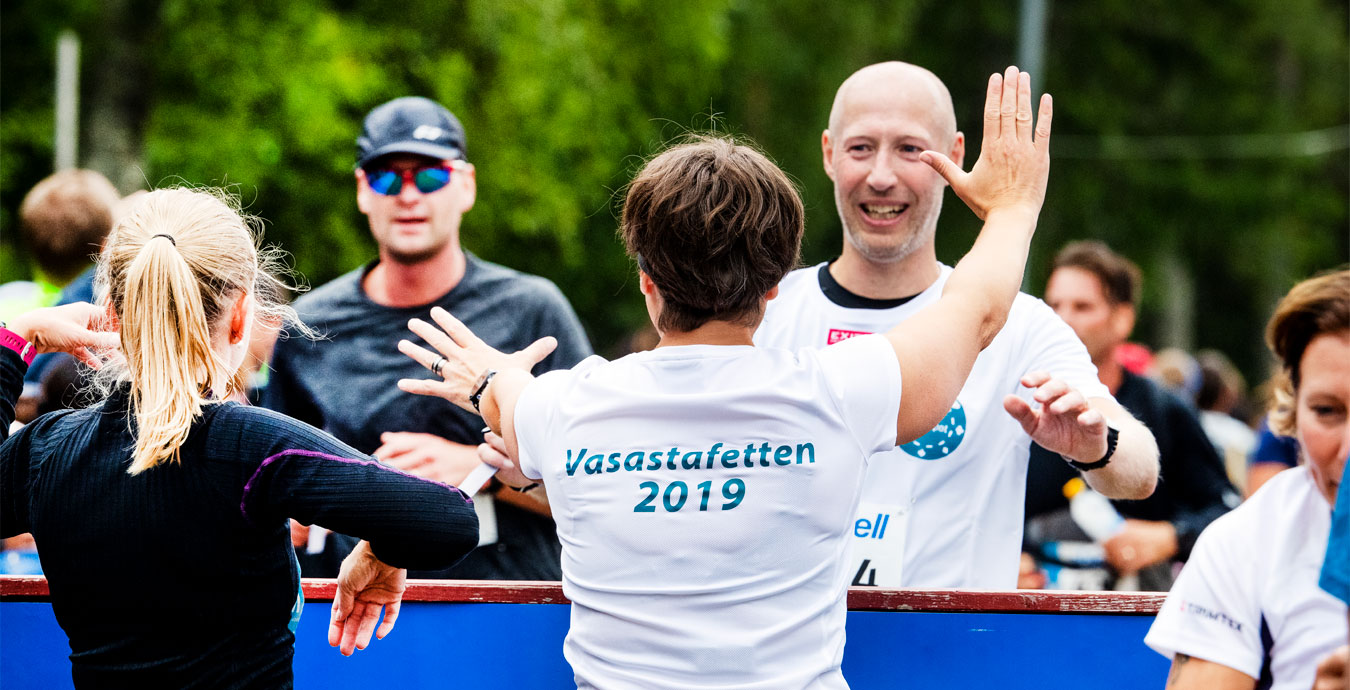 Vasastafetten is the Summer Week’s oldest race, premiering in 1991. A team of ten runners share the 90 km stretch from Sälen to Mora. Although several sections are relatively short, you will all need good training and preparation. Why not train together in your team? That way you can help each other all the way to the finish in Mora.

The race has three classes: Women, Men and Leisure.
Women – Only women.
Men – Women are allowed.
Leisure class – Any number of men and women. Running several sections per person is allowed.

In the Women and Men classes you compete for prize money.

You may participate in the race from the year you turn 8.