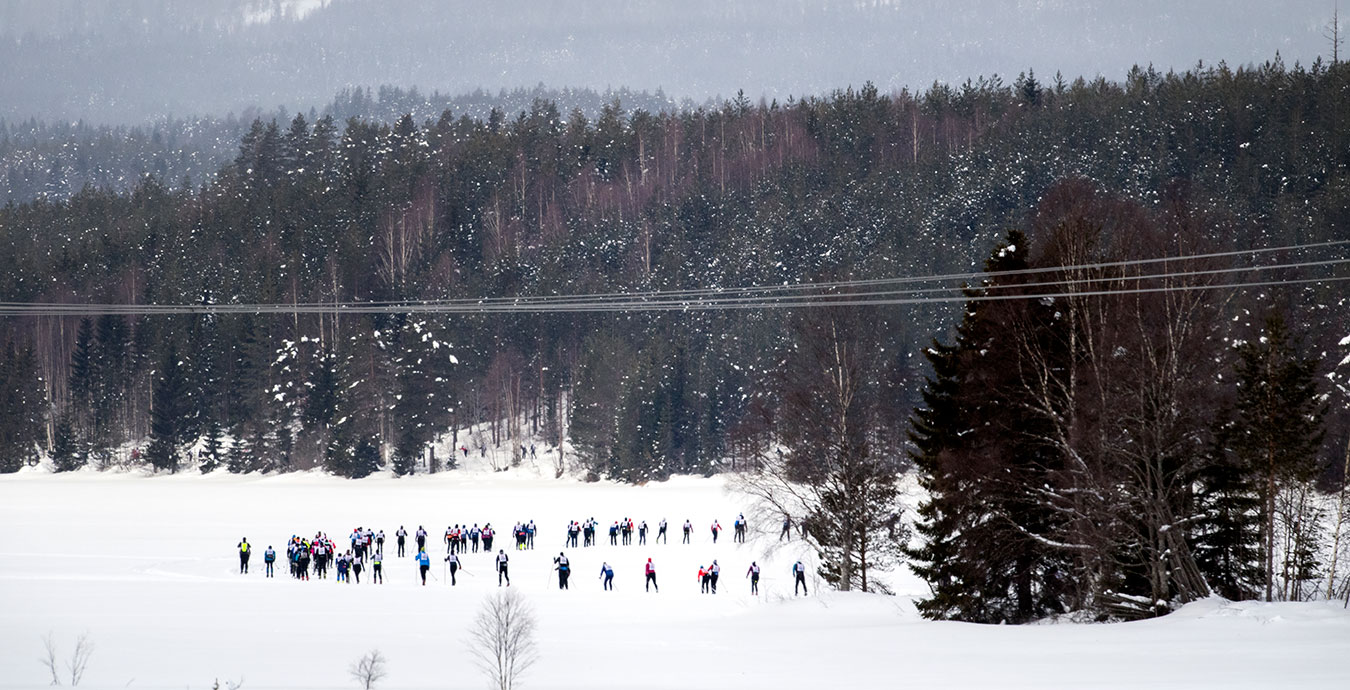 Are you unprepared for Vasaloppet 90 km but still want a real challenge and a marvellous nature experience? This half Vasaloppet starts in Oxberg and, unlike our shorter races, takes an extra turn around the terrain before reaching the finish in Mora. The race is 45 km and relatively easy to ski, but remember that none of our races should be undertaken without good preparation and training.

Participants in Vasaloppet 45 don’t need to be members of a Swedish ski club. If you are a ski club member and want to represent your club, the club must be registered with the Swedish Ski Association.

The length of your ski pole is an individual choice, but there is a rule in classic skiing limiting the maximum length to 83 percent of your height, while wearing ski boots. You can measure your ski poles outside the Trade Fair in Mora and by the start number tents at the starts in Sälen and Oxberg.

Vasaloppstrippeln, the Vasaloppet trifecta, is a challenge where participants complete three 45-kilometre Vasaloppet races during one calendar year.