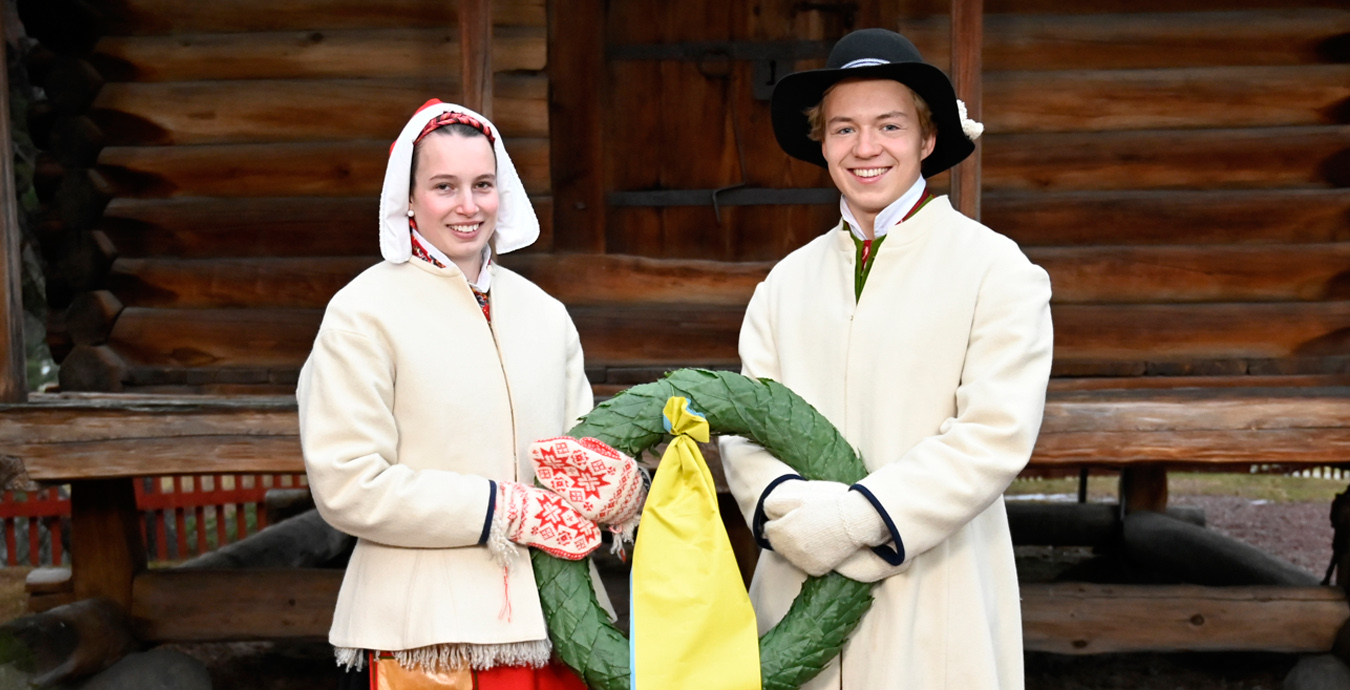 Just before the first Vasaloppet winner was due to arrive in the finishing straight one of the organisers from IFK Mora suddenly asked “Could you place this laurel wreath on the winner?” "Of course I'd like to do that", replied the young unknown Therese Eliasson who, in honour of the day, was all dressed up in the beautiful local Mora costume.

Therese Eliasson was a great success, gilding the competition like a queen at a ball! Alm, the strong hero from the deep woods of Västerbotten, and the imposing Mora girl, side by side at the finish – this was a sight which warmed many hearts. There could not be a better end for a Vasalopp – so, at least, thought the organisers who since that first year have, in good time, picked out a kranskulla* from Mora and its neighbourhood.

* A kulla is a girl from Dalarna, a krans is a wreath; so kranskulla very literally translated would be ”wreath girl” which is not so very happily poetic in English – ”garland girl” might do, but kranskulla is best left untranslated!

To be chosen as kranskulla is nearly as special as winning Vasaloppet itself, and almost as difficult! There are very tough requirements and to qualify as kranskulla a girl must satisfy certain criteria. To begin with, she must be from Dalarna and unmarried. Moreover, she should have demonstrated sporting merits, and here performance and achievements in competitions and other arrangements are taken into account. Sporting merits within her family also carry weight.

It’s not just the winning men who are honoured with laurels and kisses! In 1988 the first kransmasen made his appearance. Axel Jungward, from Mora, was chosen for the honorary task of placing the laurel wreath on Tjejvasan’s winner – Karin Värnlund, IFK Mora SK.

You will find the names of all Kranskullor and Kransmasar through the ages as well as the winners of Vasaloppet’s competition races on the page Historical winners.