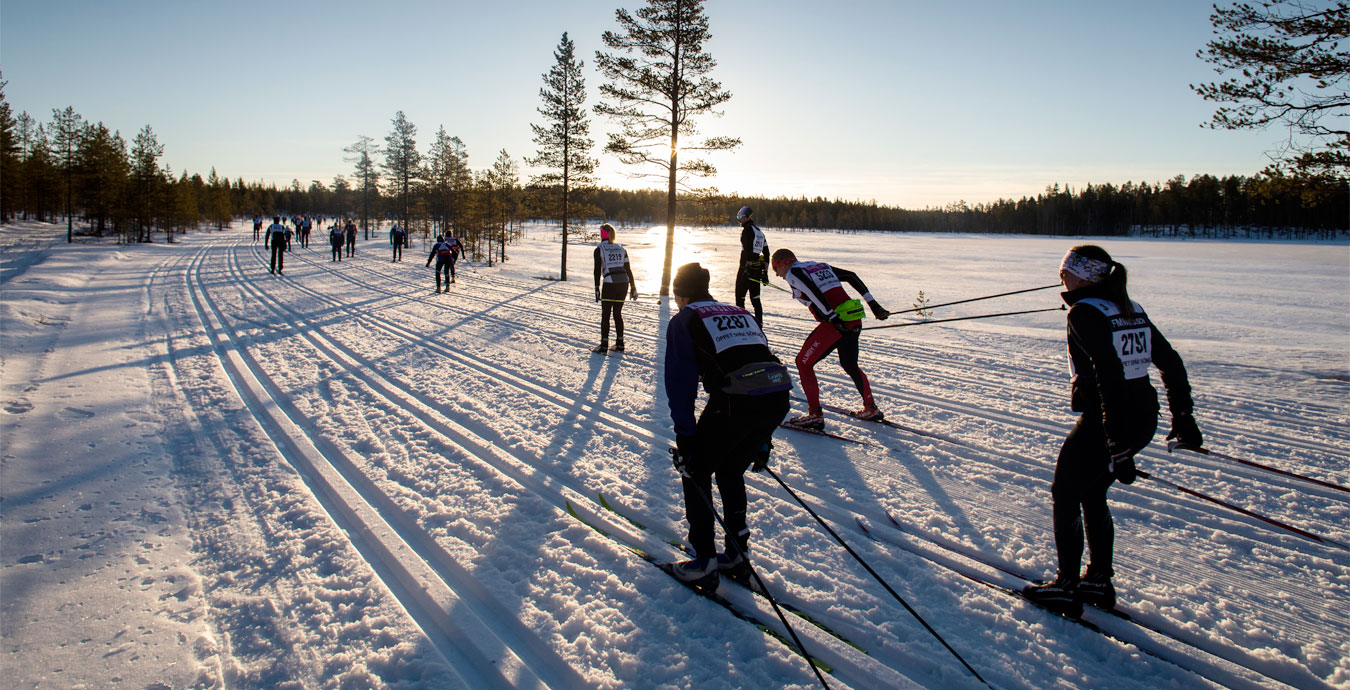 For the tenth year in a row Vasaloppet had over fifty thousand participants who managed to complete their Winter Week races. This year 51,878 (counting all five team members in Stafettvasan) reached the finish in Mora. They skied a combined three million kilometres! 3,135 participants broke off their races and in total there were 62,951 registered participants, counting 591 participants in the Barnens Vasalopp children's ski race.

– 55,013 started and 3,135 broke off their race. This means that there were 793 fewer participants than in 2018 but at the same time a lot more people aborted their races in 2019 compared to the previous year, which can be explained by the weather, which was significantly worse than its been for years. 2,158 broke off from Vasaloppet which is 14.6% of the starting participants. That’s the fourth highest in Vasaloppet history. 51,878 reached their finish (including the five Stafettvasan sections), making it the tenth year in a row that over 50,000 participants crossed the finish line.

– Those who finished their races skied a combined 2,908,145 kilometres! That’s equivalent to about 75 laps around the Earth, 536 laps around Sweden’s border or a total of 32,312 Vasaloppet!

– 12,559 finished in Vasaloppet which means there have now been 588,179 Vasaloppet finishes throughout history. On March 1, 2020, 499 years after the first Vasaloppet, we will in all likelihood see the 600,000th participant ski their way up Vasagatan to their Vasaloppet finish.

– About 37 percent of the starting participants in Vasaloppet’s Winter Week were women and 63 percent were men. Vasaloppet had 16 percent women and 84 percent men. The average participant age was 40.4 years.

– 90 percent of participants came from Sweden and 10 percent from the other 64 nations. The record number of participating nations is 69 (2018).

– A total of 8 skiers were punished in Vasaloppet for unauthorized skiing techniques. Ten or so participants were given a 15 minute time penalty due to littering. Vasaloppet can state that there was very little littering in the track in all races. Abundant snowfall in Vasaloppet made it difficult to monitor for littering but a plan is already in place to clean up the track as soon as it’s possible.

– Nine track machines created new tracks during Vasaloppet to improve the track quality in the porous snow that fell during the day.

– 200,000 Vasaloppet buns were baked by Rättviksbagaren in preparation for Vasaloppet’s Winter Week and some of the last buns to be handed out were turned into semlor in the home of a happy Vasaloppet participant some days after the race.

– On average the five-hour Sveriges Television Vasaloppet broadcast on March 3 had 1,850,000 viewers, the highest number since 2014. In total 37.0 percent of the population (3,600,000 viewers) watched at least three minutes of the live broadcast! When the race was summed up in Mora (after the World Championship broadcast from Seefeld) and the recreational athletes came into focus with interviews in Evertsberg, in Oxberg and by the finish – 861,000 viewers on average were still in front of the TV, following the two-hour broadcast.

– Tjejvasan, which was live broadcast from start to finish for the eighth year in a row, was seen by 454,000 people tuning in to some part of the broadcast.

– Vasaloppet’s own streaming service www.vasaloppet.tv with live streams, clips and finishes, had a total of 250,424 viewers during the Winter Week.

– 121,000 results were monitored through the Vasaloppet app.

Adventurer and inspirer Aron Andersson, participating with sit-ski, finished his fifth Vasaloppet with a time of 9.30.44. Celebrity chefs Melker Andersson and Paul Svensson both had impressive times, passing the finish at 8.10.20 and 7.27.09 respectively.

Triple World Championship gold medallist in curling, Peja Lindholm, skied across the finish line with a time of 9.10.12 and hockey coach Mats Lusth completed the race with a time of 10.28.26.

– About 3,000 functionaries made all this possible – a big thanks to all of them!