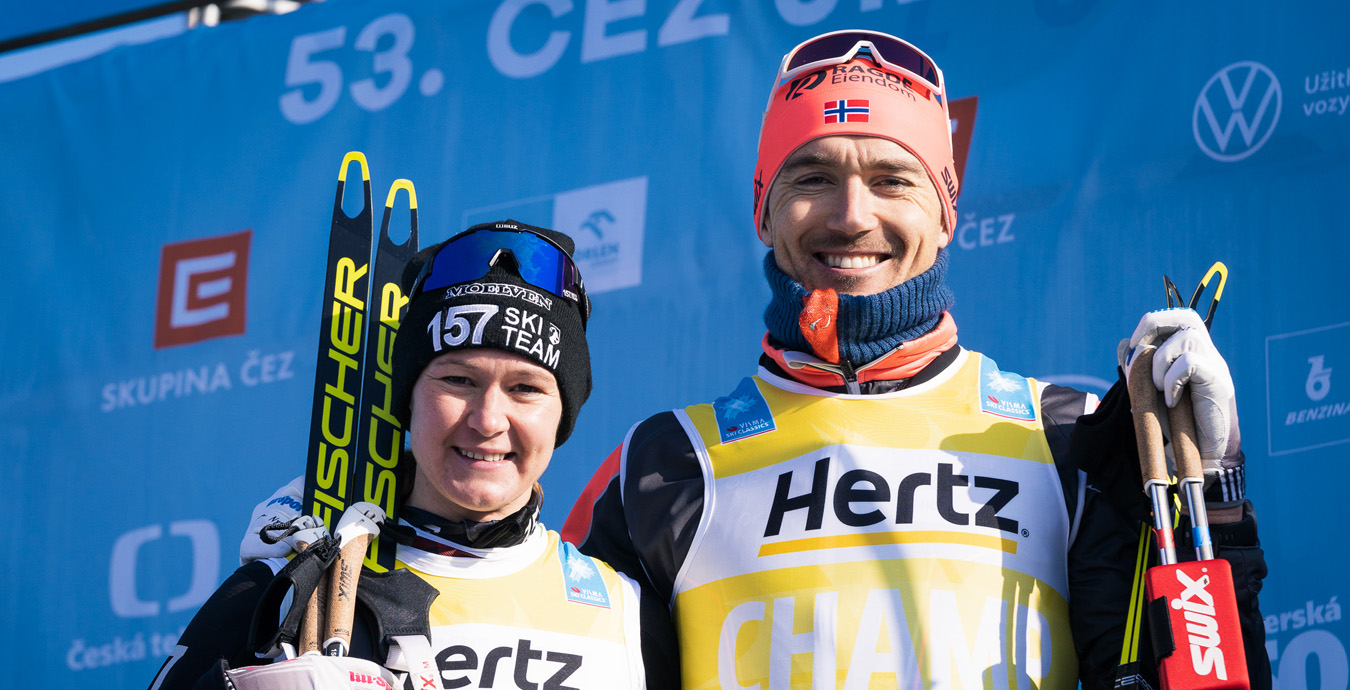 Visma Ski Classics season X (2019/2020) got an abrupt end due to the COVID-19 virus when the last three races, Birkenbeinerrennet, Reistadløpet, and Ylläs-Levi, were cancelled. Although, nine out of twelve events were successfully executed in an exciting and surprising season. Several young male and female skiers made themselves a name within long distance skiing this winter and the legends in Visma Ski Classics (skiers with at least five victories) continues to show how incredible strong they are. Here are the final results in Visma Ski Classics competitions season X.

Johansson Norgren wins the overall title for the fifth year in a row and takes the victory with 1445 points followed by Kari Vikhagen Gjeitnes, Team Koteng, with 1295 points and Katerina Smutna, Ed System Bauer Team with 1160 points.

Andreas Nygaard is the overall winner for the second year in a row and takes his victory with 1195 points followed by his teammate Tord Asle Gjerdalen at 1090 points and Stian Hoelgaard, Team Koteng, with 1055 points.

YOUTH COMPETITION
Ida Dahl, Team Ramudden and Max Novak, Team Ramudden.
Dahl took a clear victory in the youth competition with 934 points before her teammate Jenny Larsson with 707 and Team Ragde Eiendoms Thea Krokan Murud with 702. It was a closer fight among the men where Novak won with 786 points before Emil Persson, Lager 157 Ski Team, with 757. Torleif Syrstad, Team Koteng, was third with 456 points.

VISMA NORDIC TROPHY
Lina Korsgren, Team Ramudden and Petter Eliassen, Team Ragde Eiendom.
Vasaloppet became the only competition in the Visma Nordic Trophy this winter. On the women’s side it is Korsgren before Britta Johansson Norgren, Lager 157 Ski Team and Katerina Smutna, Ed System Bauer Team. On the men’s side Eliassen won before Stian Hoelgaard and Torleif Syrstad, both Team Koteng. Since only Vasaloppet could be arranged in the Visma Nordic Trophy, 25% of the prize money will be distributed. Despite the fact that the last three events were cancelled, all other prize money is fully distributed.

PRIZE MONEY DISTRIBUTION AND FINAL GALA
Visma Ski Classics prize money of 250.000 EUR is divided by the competitions. Normally, the prize ceremony is held at the official Visma Ski Classics gala, after the final event. The gala is now moved to September 19th 2020.