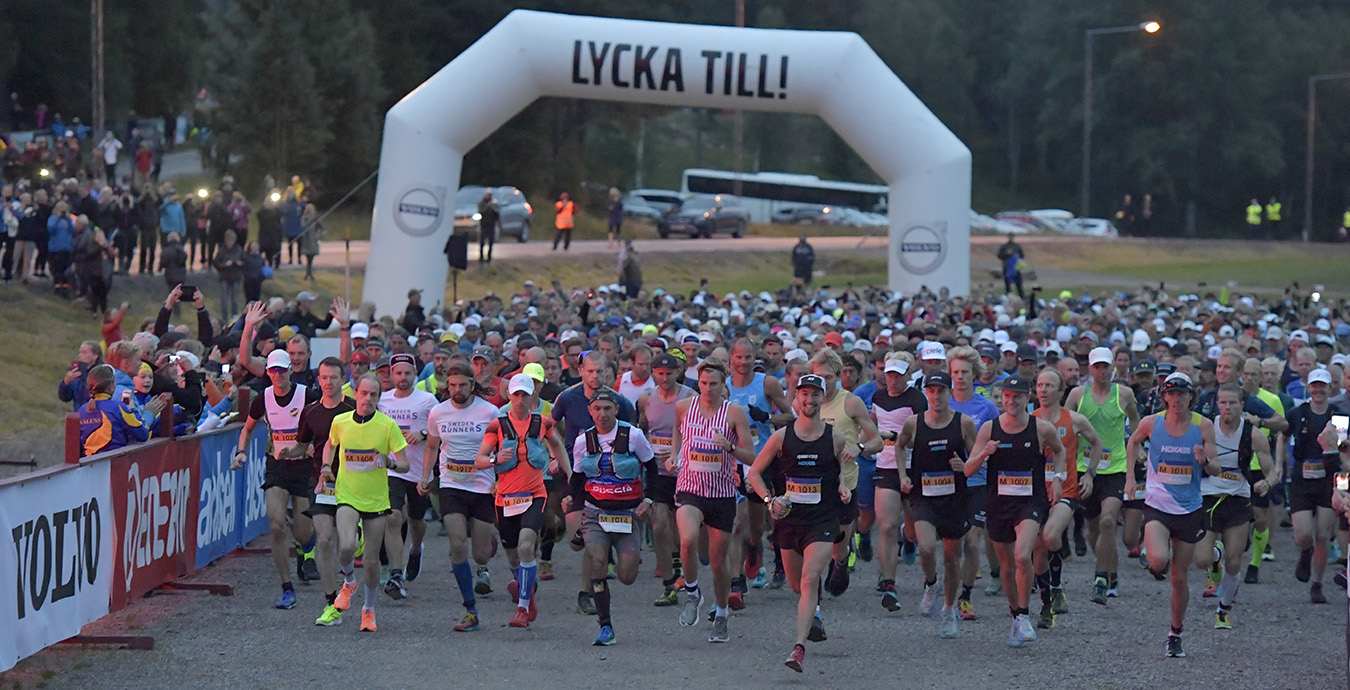 Swedish and international elite runners settle the score in Ultravasan on Sunday – follow along at Vasaloppet.TV

Nine former victors and a number of other noteworthy runners are registered for Ultravasan 90 Elit and Ultravasan 45 Elit which run on Sunday, August 22 in the Vasaloppet Arena. Will David Laney be the second American to win Ultravasan and will Russian Alexandra Morozova snatch her third victory in a row? Vasaloppet.TV will broadcast both races from start to finish and the stream is concluded with Hemmavasan's big raffle of a Volvo XC40 Recharge Twin, an electric SUV.

When Ultravasan 90 and Ultravasan 45 last ran (2019) there were a record number of participants, near 2,500. This year, the race runs with just the elite and we can count on some interesting and exciting competitions on Sunday!

The live broadcast at Vasaloppet.TV starts at 08:45 and continues throughout the whole day. Martin Sellberg will be the host with Johnny Hällneby as expert commentator.
vasaloppet.tv/video/9742956/ultravasan-direkt-3 >

Below you’ll find information on the races and an introduction to some of the strongest runners.

Spurt prizes are awarded to the first person, from both the women’s and men’s class, who passes three of the Vasaloppet Arena checkpoints: Mångsbodarna, Evertsberg and Hökberg. A participant must finish the race to be awarded a spurt prize.

Profiles to keep track of in Ultravasan 90 Elit, men
David Laney, USA, @davidlaney12 on Instagram, part of the Craft Elite Run Team, was named Ultrarunner of the Year 2015 and has many great successes in the bag. His marathon personal best is 2.17, he’s won the 2019 Rocky Raccoon 100 Mile and finished third in Ultra Trail du Mont Blanc.

Sébastien Spehler, France, @sebastienspehler, has won the Féstival Les Templiers twice, in 2017 and 2018. Ultravasan’s distance is a bit longer than what he usually competes at.

The ”Ockelbo mafia” is represented by Joacim Lantz, @joacimlantz, second in 2019, and the 2017 winner Elov Olsson, @elovolsson. Elov also won the 100 km Swedish Championships at the beginning of July.

Fritjof Fagerlund, @fritjoffagerlund, who won Ultravasan in 2018, will also be starting on Sunday.

Daniel Nilsson, @kdanieln, has run Ultravasan 90 all six years, finishing seventh at his best and twelvth at his worst.

Profiles to keep track of in Ultravasan 90 Elit, women
Russian Alexandra Morozova, @alexandra.morozova.run, won in 2018 and 2019 with a wide margin and is the favourite to win, which would make her the first person to win Ultravasan three times.

But Alexandra has to watch out for Dominika Stelmach, @dominika_stelmach, from Poland, who holds the European 100 km record since 2020!

Manuela Vilaseca, @manuvilaseca, from Brazil is part of the Craft Elite Run Team and has been in the top ten twice at the Ultra Trail du Mont Blanc.

Ebba Sigfridsson and Lina Karlsson, @linca77, were fifth and sixth respectively in 2019 while Johanna Nilsson, @johannavindenmotkinden, came fifth in 2018. Sofia Smedman, @iasmedman, was fourth in 2016 and won the 100 km Swedish Championships this summer.

Profiles to keep track of in Ultravasan 45 Elit, men
Swiss Simon Hodler, living in Mora, was third in Ultravasan 45 in 2019. Marcus Nilsson, @marcusnile, who came fourth, and Oscar Bergström who came fifth are also registered this year.

Profiles to keep track of in Ultravasan 45 Elit, women
Ida or Tessa is the question? Ida Nilsson, @idanilssi, won Ultravasan 90 in 2017 and came second in both 2015 and 2018. She’s now running half the distance for the first time in the Vasaloppet Arena.

Tessa Chesser, @tessachessa, from USA is part of Craft Elite Run Team and in 2019 she, among other things, got a second place in Penyagolosa 110 km in Spain and a third place in Run Rabbit Run 100 mile.

Statistics: All top ten placements in Ultravasan 90 and 45 over the years (PDF)
pdf >

Hemmavasan 2021 – wherever and whenever you want, July 3–August 22
As a Hemmavasan participant you complete your race in a place of your choosing between July 3 and August 22, 2021. Choose between cycling and running with distances ranging from 10 km to 94 km.

Vasaloppstrippeln – ski, bike and run all in one year
Vasaloppstrippeln is a challenge where you complete three races – skiing, cycling and running – during one calendar year. Choose between 90, 45 and 30 kilometre. READ MORE>